I have never seen so many people in one place before who move in their respective directions without criss-crossing or interrupting the other. This aptly refers to China. In one word, China is mega; meaning everything is big, tall and massive, be it infrastructure or otherwise. Here culture rules and defines strictly the norms of life.

Knowledge of these attributes on China is as result of the 2017 Ministerial Workshop on Mainstream Media for Developing Countries in Beijing, organised by the Government of the People’s Republic of China. As a participant, I was part of the 35 man team from 11 countries namely; Panama, Nigeria, Eritrea, South Sudan, Saudi Arabia, Malawi, Vanuatu, Venezuela, Papua New Guinea, Lebanon and Cameroon.

Chinese culture owes its roots back to the Chinese ancient history of dynasties. This has remain visible in the eyes with the presence of emblematic structures, notably; The Great Wall, The Imperial Garden or Forbidden City and the Confucius Temple which today remain a heritage site declared by UNESCO. Besides preserving the ancient historical relics, China has stood the taste of time with modernity in infrastructures. The China Central Television, CCTV building in the heart of Beijing asserts to this. This several meters high mega structure is purported to be one of the tallest buildings in Beijing.

It is one of the world most famous landmarks and most recognisable and expensive symbol of China. It was constructed around 220 B.C in the third century by Emperor Qin Shi Huang to stop barbarian nomads into the Chinese empire. An anecdote during the construction of the wall by this emperor revealed the labour force was mostly made up of soldier’s locals and convicts. History suggest that about 400.000 people died during the construction and many were buried within the wall itself. Constructed mostly from earth and stone, it stretches from China Sea Port of Shanhainguan over 3000 miles West into Gansu Province. The great wall ranges from 15-50 feet high interspaced with guard towers distributed at intervals. Today, the Great Wall is a world heritage site designated by UNESCO in 1987. It is the only man made structure that is visible from space. It attracts thousands of national and international tourists daily.

Just a hand full have ever walked round the wall via the steps. Some of us ended when we were caught up with exertion and time factor. However it was a prodigious excise with people from all over the world and ages each at their own rhythm.

The Imperial Garden or the Forbidden City

The first question that comes to mind is why it is called the Forbidden City. It was a royal palace only for the Emperor. In ancient times the Emperor was considered the son of heaven and the palace was a replica of where God lived in heaven. Thus such a divine Purple Palace was forbidden to ordinary people so the name forbidden city. According to the tour guide if you entre without an invitation you will be beheaded by the then Emperor under the Ming and Qing Dynasties that was home to 24 emperors (1368-1911). Also when a bride enters the city she never goes out ever again and nobody was allowed to wear anything yellow be it your hair like what I had during our visit there. If it were during the old days I will be beheaded.

The imperial garden was first built in 1420, the eighteenth year of the Ming Dynasty. However, new buildings were added over time. It measures 8m from the south to the north and 140m from the east to the north with a total area of 12.000sqm. It is enclosed by a 10m high with a watchtower at each corner. It is divided into two parts the outer and inner palaces. Each has three main buildings, the outer courts was where the emperor attended grand ceremonies and conducted state affairs while the inner courts was the living quarters of the emperor, empresses and concubines. It has a total of 9999 rooms. Also recognised as a world cultural heritage by UNESCO in 1987, it is considered as one of the four palaces in the world alongside Versailles of France, Buckingham Palace in the UK, White House in the US and the Kremlin in Russia.

The Temple of Confucius

The Temple is located Jinan, Shandong Province. Qufu, has made this town a touristic attraction for schoolers and others. It is about 2 hours from Beijing using the high speed train. This is the hometown of the one considered as the famous ancient thinker, statesman and educator Confucius, who was born in 551 B.C. and died in 471 B.C. His teachings on Confucianism has dominated the feudal society and has influenced many countries like Vietnam, Korea and Japan.

The temple has undergone hundreds of expansions and renovations. It is over 100m long from north to south, 150m long from east to west. It has 3 roads 9 courtyards. The temple portrays the largest oriental palace of culture and arts in the world as well as world cultural heritage list by UNESCO. The state cult of Confucius centres on offering sacrifices to Confucius’s spirit in the temple. Confucius mansion is the government offices of Confucius lineal descendants also called the mansion of Lord Yan Sheng. They are known as the oldest aristocratic family in China. In 1961 Confucius mansion was declared the 1st relics under protection of government and put in the A list of tourist attraction

Let’s move on from the ancient relics with emperors and talk a bit about modern China. This is definitely a touristic attraction the tower of the CCTV is 234m high that is 768 feet or 44 –story skyscraper in Beijing Central Business District. It was built from 1st June 2004 to May 2012. The CCTV headquarters won the 2013 best tall building worldwide from the Council of Tall Buildings and Urban Habitat. By some technical details, it uses 75 elevators or lifts with 51 floors with 3 underground and it covers a total of 389.079m square.

The main building is a loop of six horizontal and vertical sections of floor space creating an irregular grid on the building with an open centre. Locals refer to it as ‘big pants’ because of its shape. Administration, news, broadcasting and program production offices and studios are all contained inside.

One could not do justice without talking of china’s cuisine, well I was not so daring to go for what you have in mind but I did taste most of the traditional dishes. It was quite different from my traditional Cameroon dishes God knows we have a variety but it was rather an adventure.

Most of all I learn how to eat with chopstick try that with rice you will know what I am talking about. Most of the dishes are made of vegetables with compliment of grains, meat, pork, chicken or duck. Also different types of soup, as well as sea food. My best was shrimps eat it fried or boiled. 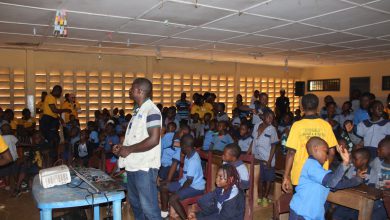 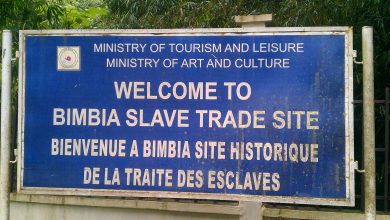 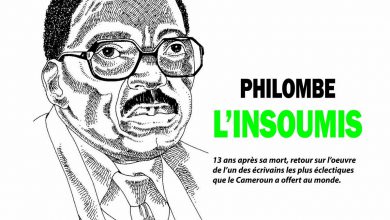